For this year’s edition of Art Basel Miami Beach, Mitchell-Innes & Nash is pleased to present work by a range of artists from the gallery’s program with a particular focus on various political and social issues from recent decades that have had a profound effect on the way we live now.

From the Estate of General Idea, the gallery will be showing a rare wall-mounted sculpture, titled Achrome (Manzoni), from 1993 that not only addresses the rise of minimalism and conceptualism through its stylistic references to both Donald Judd and Piero Manzoni but also, in its pill-shape forms, to the then largely unacknowledged AIDS crisis. A point further emphasized by their AIDS-patterned wallpaper, BLAN©/BLAN©/BLAN© (1991), which will be installed along one side of the booth. Nearly imperceptible from a distance due to its white-on-white aesthetic, the wallpaper reflects the invisibility of the virus at its height whose tragic consequences remain a ghostly and insidious presence in society today.

Juxtaposed with the bandaged white pills of General Idea will be Pope.L’s monumental installation, Party Room (2001), which features over a hundred stuffed animal toys, each pierced by a bottle of Wild Irish Rose, displayed on eight even shelves. The neat seriality of the work’s presentation alludes to both the minimalist aesthetic and to consumer culture, mimicking supermarket displays. Indeed, consumption is a major theme in Pope.L’s work, which often addresses the issue of race through comestible products like peanut butter, chocolate and, in the present work, inexpensive bottles of fortified wine. While Party Room speaks to broad social issues, it also touches upon, in particular, the uncomfortably easy and seamless transition from childhood innocence to substance abuse.

Mitchell-Innes & Nash is also pleased to inaugurate its representation of Boston-based artist Annette Lemieux, whose work The Human Comedy (1987) will be featured in the gallery’s booth. At first glance, the painting appears to pay homage to both minimalism and Op art with its clean composition and repetition of forms. However, interspersed within the negative spaces of the work are characters from The Honeymooners, a staple of the artist’s childhood where the gregarious and warm figure played by Jackie Gleason served as a kind of stand in for an absent father.

Found media imagery is also a point of departure for artist Karl Haendel, whose new work on paper depicting an American flag made to stand on its own without its stars and stripes while figures behind a barrier pledge their allegiance, focuses on overlooked sources in contemporary American life to represent an alternate picture of our current political and social reality. Often sharply satirical, Haendel’s work emphasizes the vast distinction between collective history and individual experience.

History and its discontents are further explored in the work of Martha Rosler, who was witness to the advent of the televised war wherein atrocities committed at a distance are packaged for evening viewing within the comfort of the American home. Rosler highlights and exacerbates this surreal reality to the extreme in House Beautiful: Bringing the War Home, New Series, of which the gallery will present Afghanistan (?) and Iraq (?) (2008) at Art Basel Miami Beach.

Martha Rosler’s work is currently the subject of a major solo exhibition at the Jewish Museum in New York titled Irrespective (open through March 3, 2019). General Idea’s work is currently on view in group exhibitions at the Arts Council Collection, London, and the Banff Centre for Arts and Creativity, Banff. Annette Lemieux’s work is part of the group exhibition Half the Picture: A Feminist Look at the Collection at the Brooklyn Museum in New York (open through March 31, 2019). Karl Haendel will open his second solo exhibition with the gallery on January 10, 2019. 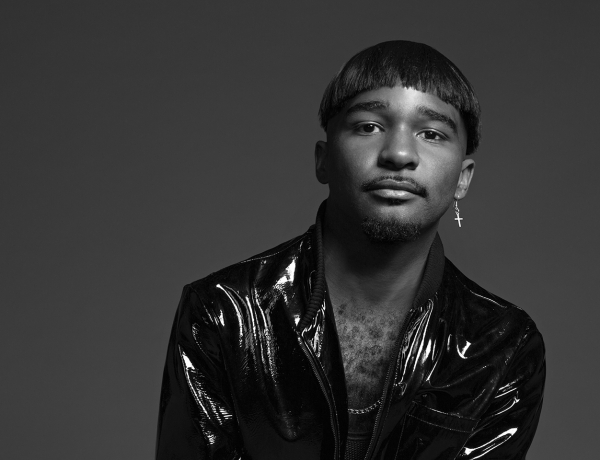 Please join Jacolby Satterwhite in conversation with Masha Faurschou and François Quintin, moderated by Elvia Wilk. Virtual reality (VR) art is on the rise, offering audiences a new way to immerse themselves in artistic practices. For this talk, artists and experts come together to discuss the latest conceptual and technological developments in the field, and examine what makes a great VR artwork, as well as which artists are using the medium most skillfully.