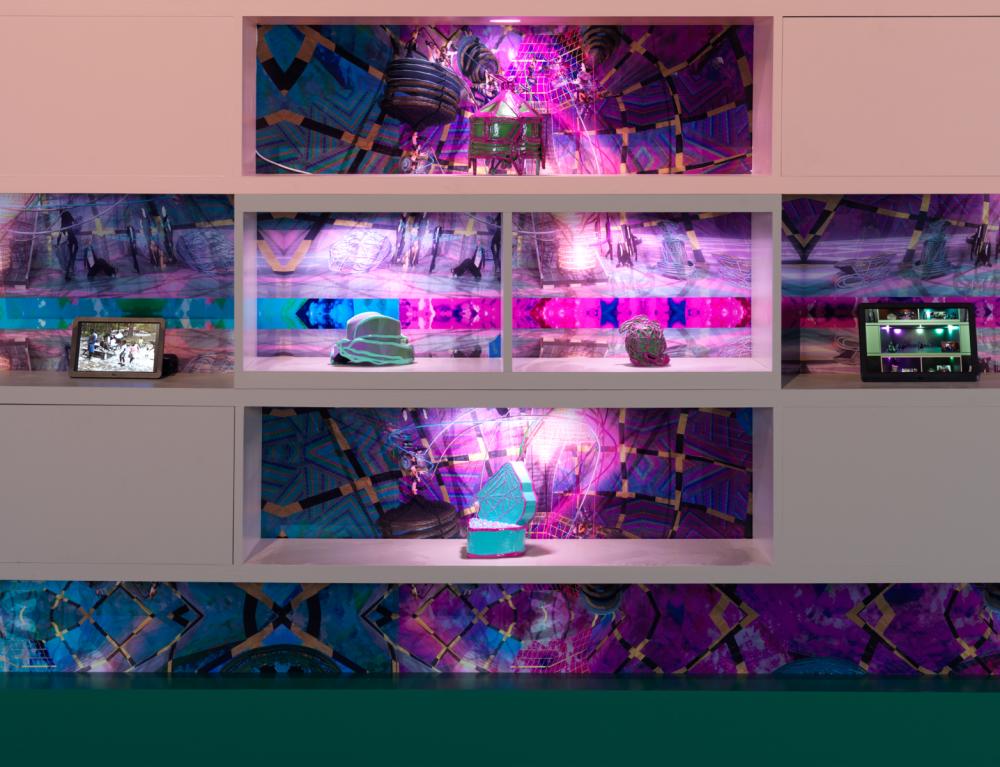 For the close of Jacolby Satterwhite’s exhibition You’re at home, the artist is joined in conversation with curator Thomas Lax to expound and reflect upon his digital animations, virtual worlds, and the 3D-printed sculptures that serve as their physical counterparts. The discussion will focus on the effect of Satterwhite’s digital work as well as the themes of the exhibition: American consumerism, pop culture, African folklore, ritual, and personal narratives, all of which are illustrated in Satterwhite’s visually eclectic animated series Birds of Paradise. This exhibition centerpiece and its thematic concerns speak in concert with the other work included in the exhibition.

Thomas J. Lax is Curator of Media and Performance at the Museum of Modern Art. He recently co-organized the exhibition Judson Dance Theater: The Work is Never Done and a major installation of the MoMA permanent collection galleries; currently, he is preparing the exhibition Just Above Midtown: 1974 to the Present. He has also co-organized Unfinished Conversations: New Work from the Collection, Neïl Beloufa: The Colonies, and Steffani Jemison: Promise Machine, among others, and edited the book Modern Dance: Ralph Lemon. Previously, he worked at the Studio Museum in Harlem for seven years. Thomas is on the board of Danspace Project, teaches at Wesleyan University, and is a 2019–20 Queer|Art Curatorial Mentor. He is on the advisory committees of Contemporary And, The Laundromat Project, Participant Inc., and Recess Assembly. Thomas holds degrees in Africana Studies and Art History from Brown University and Columbia University. In 2015, he was awarded the Walter Hopps Award for Curatorial Achievement and he was a 2017 Center for Curatorial Leadership Fellow.

Jacolby Satterwhite was born in 1986 in Columbia, South Carolina. He received his BFA from the Maryland Institute College of Arts, Baltimore and his MFA from the University of Pennsylvania, Philadelphia. Satterwhite’s work has been presented in numerous exhibitions both in the United States and in Europe, including most recently at Whitechapel Gallery, London (2019); the Museum of Modern Art, New York (2019); the Minneapolis Institute of Art (2019); the Museum of Contemporary Art, Chicago (2018); Fondation Louis Vuitton, Paris (2018); New Museum, New York (2017); Public Art Fund, New York (2017); and the Institute of Contemporary Art, Philadelphia (2017). He was awarded the United States Artist Francie Bishop Good & David Horvitz Fellowship in 2016. His work is included in the collections of the Museum of Contemporary Art Kiasma, Helsinki; Museum of Modern Art, New York; Studio Museum in Harlem, New York; and the Whitney Museum of American Art, New York, among others. In 2019, Satterwhite collaborated with Solange Knowles on her visual album, When I Get Home. Upcoming solo shows will be presented in the fall of 2019 at Fabric Workshop & Museum, Philadelphia and Pioneer Works, New York. 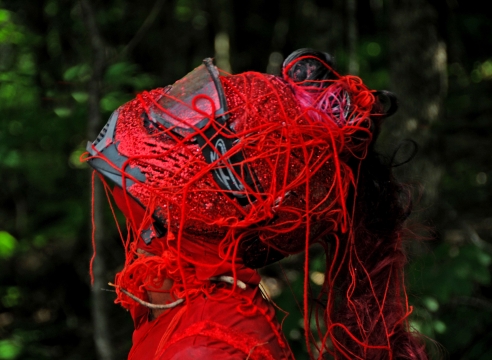 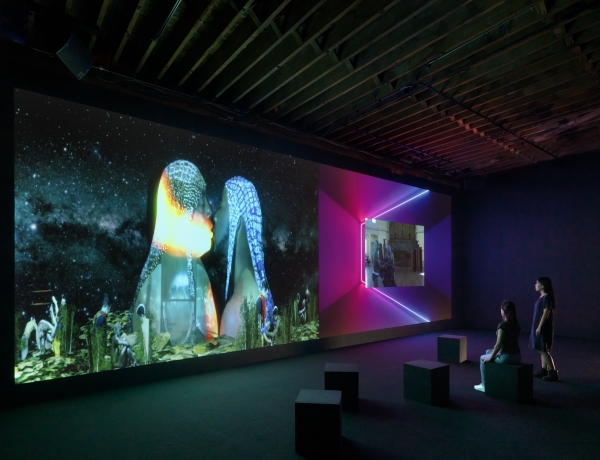