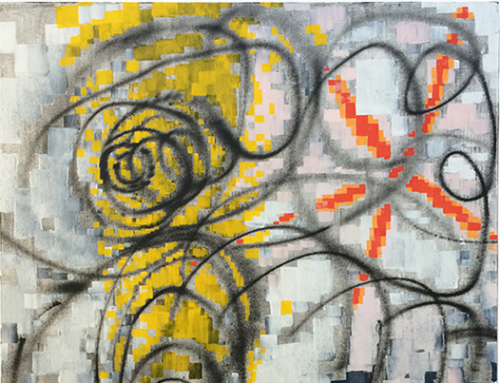 New York, March 17, 2014 — The American Academy of Arts and Letters announced today the eleven artists who will receive its 2014 awards in art. The awards will be presented in New York City in May at the Academy’s annual Ceremonial. The art prizes, totaling $112,500, honor both established and emerging artists. The award winners were chosen from a group of 37 artists who had been invited to participate in the Invitational Exhibition of Visual Arts, which opened on March 6, 2014. The Exhibition continues through April 12, 2014, and features over 120 paintings, sculptures, photographs, and works on paper. The members of this year’s award committee were: Lynda Benglis, Varujan Boghosian, Eric Fischl (Chairman), Yvonne Jacquette, Catherine Murphy, Philip Pearlstein, Judy Pfaff, Paul Resika, Dorothea Rockburne, and Terry Winters.

Arts and Letters Awards in Art
Five awards of $7500 each to honor exceptional accomplishment and to encourage creative work.
JESSICA STOCKHOLDER

Rosenthal Family Foundation Award in Painting
of $10,000 given to a young American painter of distinction. KELTIE FERRIS

Art Purchase Program
The Academy’s purchase program began in 1946 to place the work of talented, living American artists in museums across the country. Since the inauguration of this program, the Academy has spent nearly $3 million to purchase over 1100 works of art. The American Impressionist painter Childe Hassam (1859-1935) founded this program through the bequest of over 400 of his works with the stipulation that the accumulated income from their sale be used to establish a fund to purchase paintings and works on paper. Similar bequests were made by Academy members Eugene Speicher (1883-1962), Louis Betts (1873-1961), and Gardner Symons (1861-1930). All works purchased through this program will be donated to American museums.

Art Purchase Program for Sculpture
From time to time, the Academy allocates funds specifically for the purchase of sculpture. This year the work of three sculptors was purchased. These works will be donated to American museums.

Works by the winners of the 2014 Art Awards are currently on display in the Invitational Exhibition of Visual Arts, and will be shown in the Exhibition of Work by Newly Elected Members and Recipients of Honors and Awards, which follows the Ceremonial in May. Details are below and on our website here.

On Audubon Terrace, west side of Broadway
between 155 and 156 Streets, New York City
#1 train to 157 Street and Broadway

American Academy of Arts and Letters
The American Academy of Arts and Letters was established in 1898 to “foster, assist, and sustain an interest in literature, music, and the fine arts.” Election to the Academy is considered the highest formal recognition of artistic merit in this country. Founding members include William Merritt Chase, Kenyon Cox, Daniel Chester French, Childe Hassam, Henry James, Theodore Roosevelt, Elihu Vedder, and Woodrow Wilson. The Academy is comprised of 250 of America’s leading voices in the fields of Art, Architecture, Literature, and Music. The Academy presents exhibitions of art, architecture, and manuscripts; and readings and performances of new musicals, and is located in three landmark buildings on Audubon Terrace at 155 Street and Broadway, New York City.

The Academy of Arts and Letters 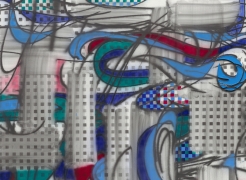