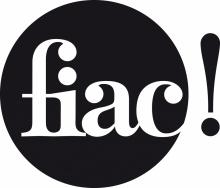 Pope.L at FIAC, Paris, October 21 - 24 Booth A40 – Mitchell-Innes & Nash New York, September, 2010: Mitchell-Innes & Nash will present a solo booth featuring Pope.L at FIAC, Paris from October 21 through 24. The works on view, dating from the 1990s to the present, will include sculpture, photographs, painting and drawing, as well as a performance in the FIAC booth. "No theme is paramount except via the hoodoo of time, material and staging. Tone: melancholic. Most recent book read: Remarks on Color" by Thomas Bernhard, James Tiptree Jr. And Robert Farris Thompson." – Pope.L Pope.L is a multidisciplinary artist who creates visual art and performance pieces that confront issues of power, social class, sex, race, consumerism, and grace. Among his best-known works are the 'crawls,' a series of performances staged since 1978 in which he crawls for long distances through city streets. 'Cusp (kafka version)' is a group endurance performance in which a set of performers, in teams of three, hour by hour, don oversize pajamas, and Obama masks. Standing on a dirt mound, two performers grip a rock dripping green ink on the prone body of a third performer. Wall works consist of paintings, several with Negro Ideas, on pvc and vinyl, drawings on found and discarded paper or inscribed with mayonnaise, and bas-reliefs of stuffed animals slathered in peanut butter and hung on the wall. Pope.L was born in 1955 in New Jersey. He currently lives in Chicago, Illinois, where he is a faculty member in the Department of Visual Arts at the University of Chicago. He has had solo exhibitions at institutions including the Art Institute of Chicago, the Carpenter Center at Harvard University, the Santa Monica Museum of Art, and Kunsthalle Wien. The MIT Press published a monograph to accompany The Friendliest Black Artist in America, his 2002-2004 traveling survey exhibition. His work has been exhibited and performed at The Whitney Museum in New York, Museum of Contemporary Art Los Angeles, Institute of Contemporary Art Philadelphia, and the Renaissance Society in Chicago. Recent exhibitions include Landscape + Object + Animal at Mitchell-Innes & Nash, New York; Allen Kaprow: YARD at Hauser & Wirth, New York; the DeCordova Biennial in Lincoln, Mass.; and Self as Disappearance  at Contemporary Art Center, La Synagogue de Delme, France. Forthcoming exhibitions include the Studio Museum of Harlem, New York; and the New Museum, New York. This performance will take place every day at 2pm and 6pm. On wedneday October 20th it will take place at 1pm, 4pm and 8pm. Listings Information: Mitchell-Innes & Nash at FIAC October 21 – 26, 12 – 8 pm, booth A40 Grand Palais Avenue Winston Churchill, 75008 Paris Tel: 212 744 7400 Web: www.miandn.com Press: Jessica Duffett Jessica@miandn.com Image: Cusp, performance, 2010