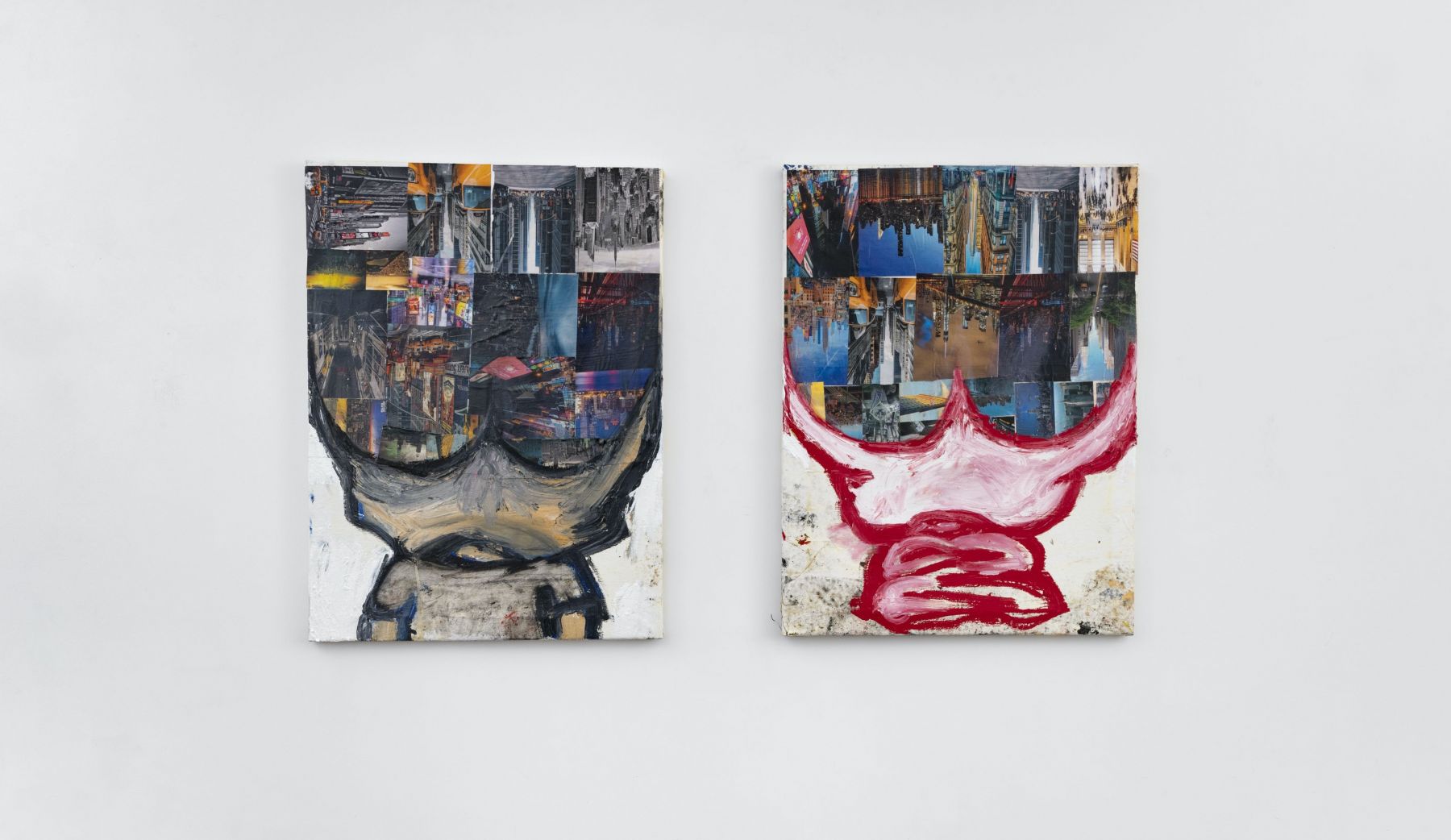 Mitchell-Innes & Nash is pleased to present two new paintings by Gerasimos Floratos; both works were made over the last several months while the city was under lockdown. Although the artist has used collage extensively throughout his practice, these two paintings mark a shift toward found, as opposed to archival, material. Using pages from sightseeing books and postcards discarded throughout Times Square by closed souvenir shops, Floratos imbues these two canvases with a certain timeliness that imparts today's simultaneous feelings of ruin and revival. Like Janus whose two faces look towards the past and the future, these new paintings prompt the remembrance of bygone realities as well as the imagination of possible futures.

As always, the works are tied to the geographic locale of Times Square (the precincts of the artist's youth, his home and his studio), though here the connection is more visually salient than ever before, highlighting Floratos's ongoing and developing interest in the Situationist concept of psychogeography - a mapping of psychic markers as opposed to mere physical pin drops. For this online presentation, the artist opens up a rare window into his cartographic thought process with short diaristic entries.

For inquiries and appointments, please contact Kevin Choe at kevin@miandn.com.

I read that our eyes look up to the right while imagining, and up to the left when remembering. 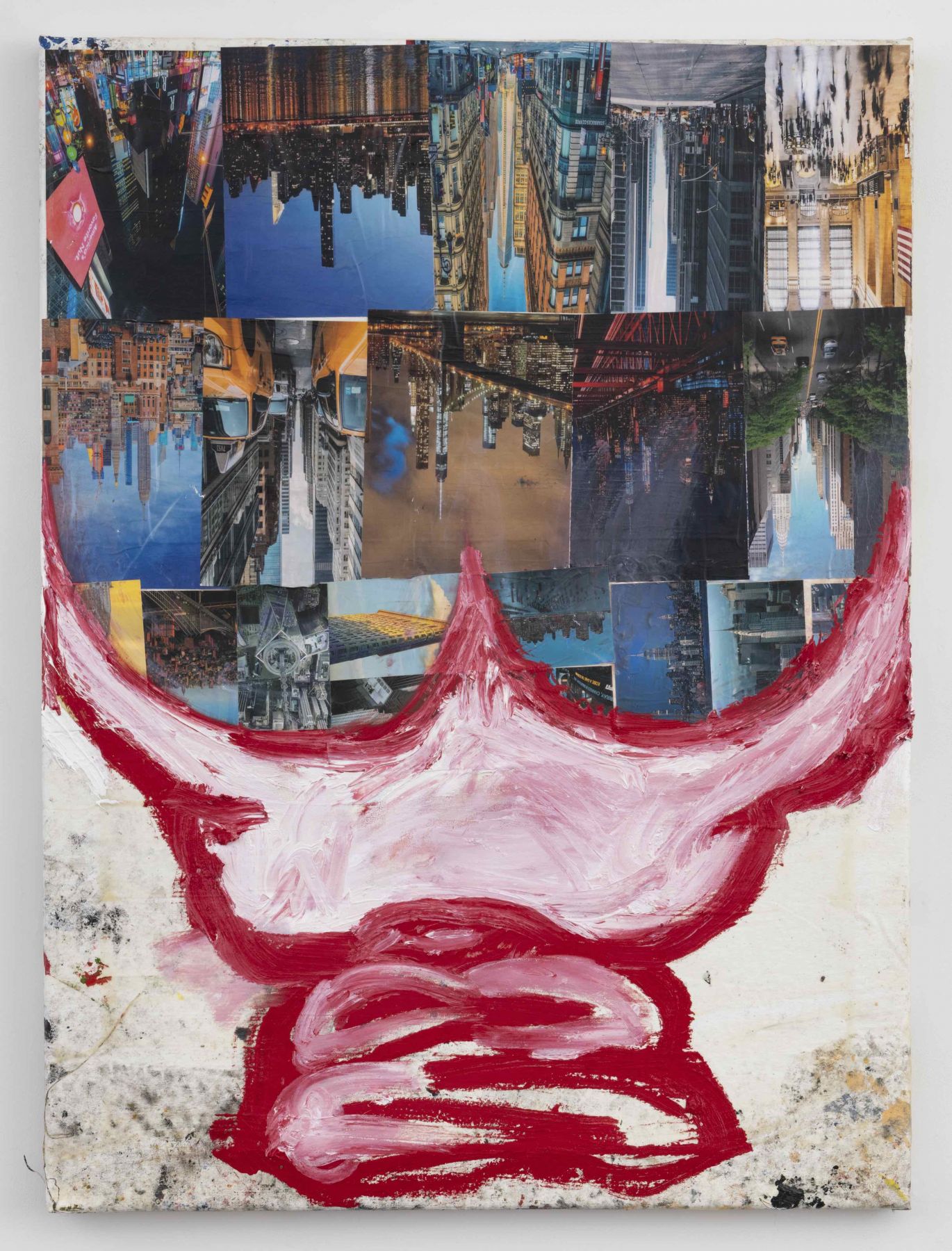 "I glued the images upside down to make backwards movement. The photos look like water to me. There’s a flow to it. It’s like the figure is becoming the background and the background is becoming the figure. When I look at the surface, I fly down the little city block canyons in the photos and it makes me think about memories from childhood all speeding up to now. I read somewhere that neurons from the brain extend down into the eyes, so it made sense to me to begin the collage at the eye area and move upward into the head space."

When I look at the surface I fly down the little city block canyons in the photos and it makes me think about memories from childhood all speeding up to now. 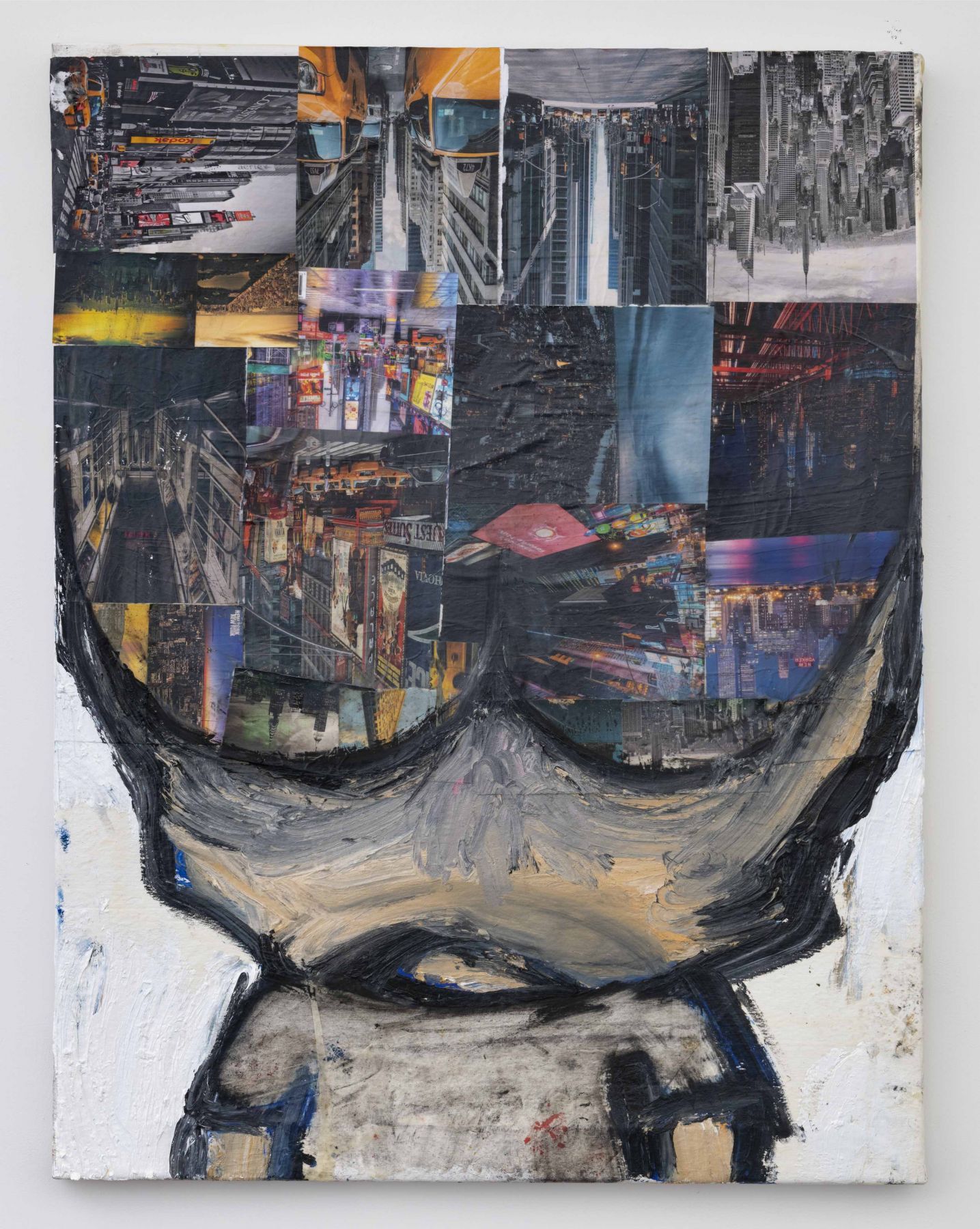 "The figures' bodies look tired and tense to me; I imagine they are happy to escape into that waterfall of buildings, but maybe scared to let go. I read that our eyes look up to the right while imagining, and up to the left when remembering. Even though I can’t see their pupils in the painting, I think of that and it seems to come through in some way." 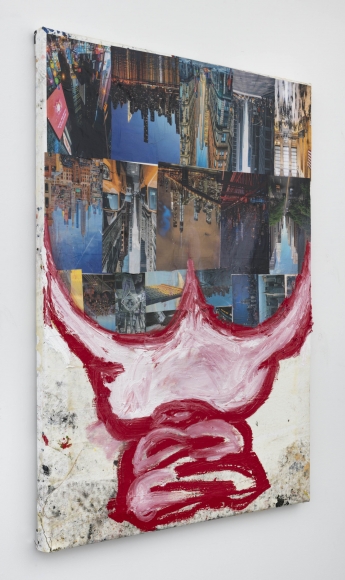 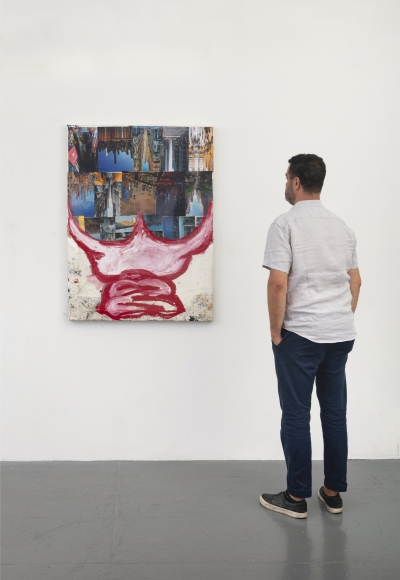 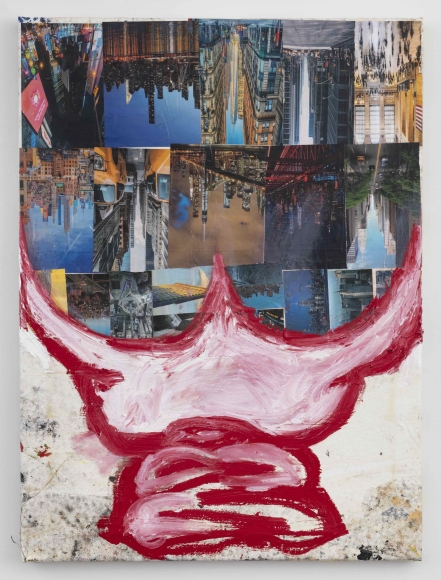 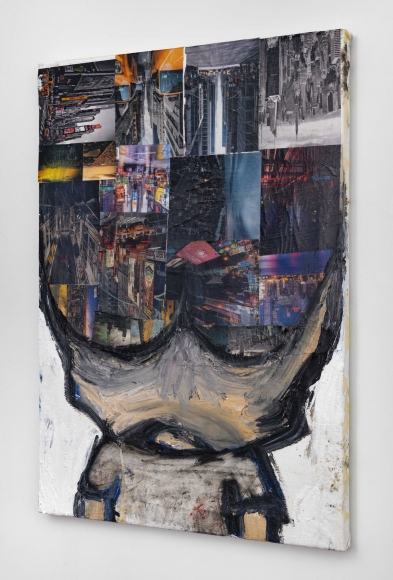 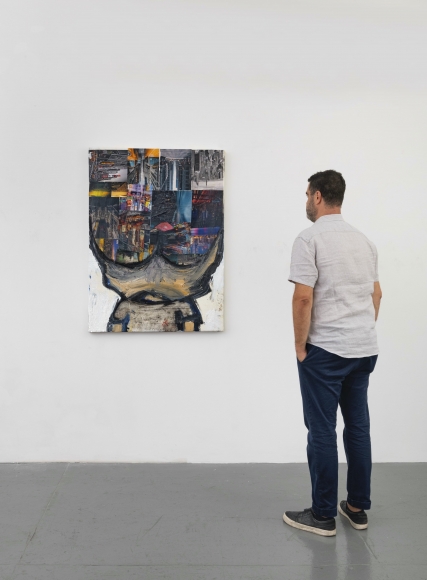 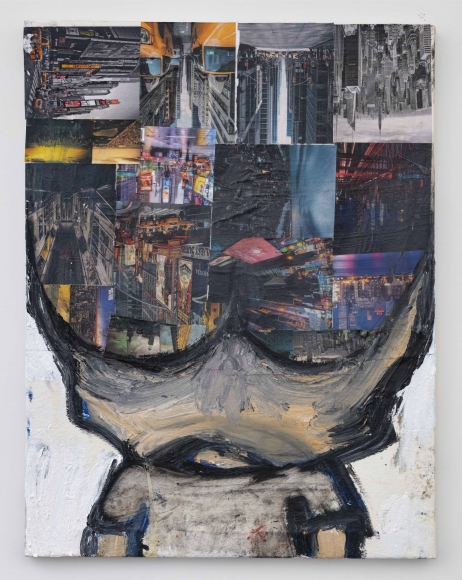 Gerasimos Floratos was born in 1986 in New York. He currently lives and works between New York and Kefalonia, Greece. Recent solo exhibitions of his work include Bismuth at Mitchell-Innes & Nash, New York (2020); There's a sidewalk inside this gut at Tanya Leighton, Berlin (2019); Slangwich Motel at Schloss, Oslo (2018); 1977 at Eleni Koroneou, Athens (2018); Soft Bone Journey at Armada, Milan (2017); Big Town at Pilar Corrias, London (2016) and White Columns, New York (2016), where the artist had his first solo New York exhibition. A forthcoming solo exhibition of new work will take place this November at Almine Rech in Paris.