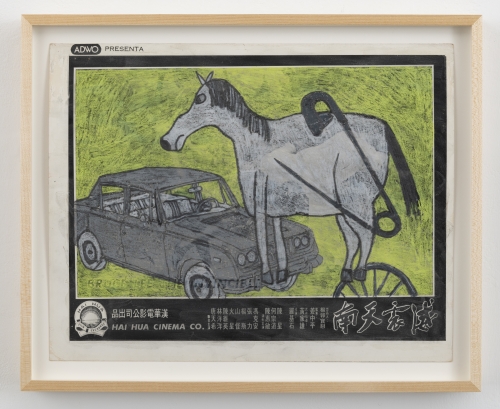 Mitchell-Innes & Nash is pleased to present Format, an online exhibition of new drawings by Martin Kersels, conceived and created in his Connecticut studio. Kersels is best known for his wide-ranging practice spanning sculpture, photography, performance and installation that marries humor and pathos to reveal the absurdities of the human condition. This body of work consists of drawings on vintage movie lobby cards the artist bought on eBay from a collector in Champagne, IL.

First produced in the early 1910s, lobby cards lived either on the walls of the theater or in the display cases outside. The lobby card evolved into a sought-after collector’s item, amassed in sets specific to film, genre, time period or even foreign language. The idea of a “set” stokes the competitive fires of the collector, creating a need for wholeness and unity; however, as with many collectibles, the completeness of a set is often out of reach. A lobby card collector himself as a teen, Kersels only succeeded in amassing one complete set, the cards from the 1965 film Dr. Terror’s House of Horrors. 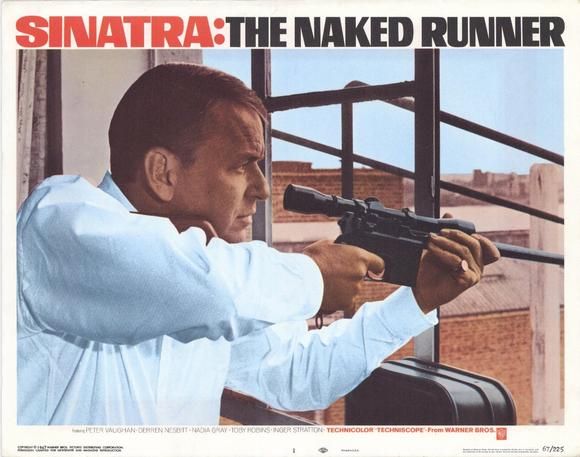 Kersels considers the lobby cards a cultural index of a past time, imbued with reminiscence and longing. His interventions obscure the original image of the lobby card and suggest that only the drawing on the surface is real or absolute. The movie’s image becomes an apparition of nostalgia, peeking out only where the artist allows. Kersels follows the conceptual legacy of John Baldessari, blending appropriated imagery with his own intervention to reflect a contemporary culture.

Kersels considers drawing to be a decompressive, dissociative task not dissimilar from sitting down to watch a movie. A deeply personal experience, the present drawings reflect the artist’s own relationship to the substrate’s composition, aesthetic value or subject matter.

Speaking to their significance, the artist has said:
The lobby cards draw from my past but hint at the path I have taken. I no longer fetishize their object-ness and their order and my need to control their surfaces and format. I instead integrate them into my life of surprise and invention.

The lobby cards draw from my past but hint at the path I have taken. I no longer fetishize their object-ness and their order and my need to control their surfaces and format. I instead integrate them into my life of surprise and invention.

Martin Kersels’ performative practice spans sculpture, photography, installation and action. He is best known for his laughter-inducing works that consider the dichotomies of humor and pathos within the human condition. Interested in pushing themes of scale, tension and the effects of gravity into more conceptual directions, Kersels injects a playfulness in his work to reveal the awkwardness associated with not belonging. Documentation of performances through photography and video, which shows the artist experimenting within his own body in a series of simple actions— tossing, falling, hugging, smacking, tripping and whirling— and his performative objects and installations uncover the darker absurdities of the body, space and movement.

Born in 1960 in Los Angeles, Kersels currently lives and works in New Haven, CT. He received from UCLA both his BA in 1984 and MFA in 1995. From 1984 to 1993, Kersels participated in collaborative performances with SHRIMPS, an alternative performance art group associated with artful maladroit actions that he co-founded. His decision to expand his practice of performative gestures and collaborations to include performative sculptures, objects and assemblages was pivotal.

Image: Martin Kersels in Monger, a performance piece conceived to accompany his solo exhibition Cover Story at Mitchell-Innes & Nash in 2019.