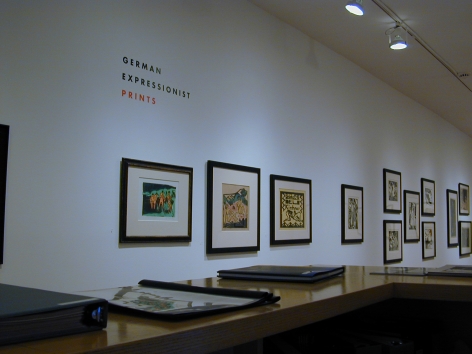 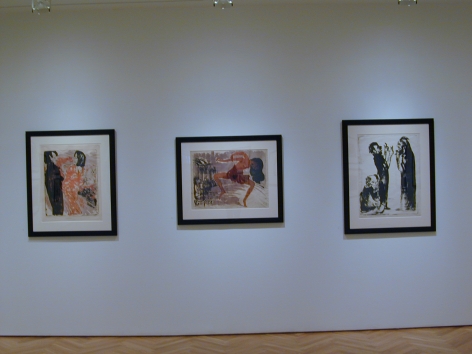 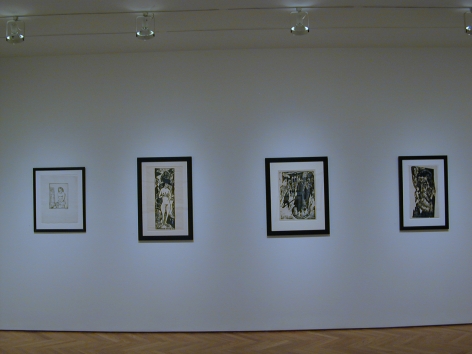 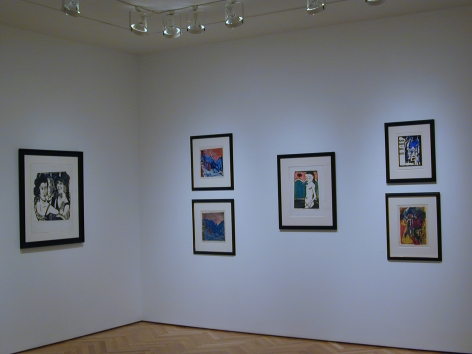 An exhibition of German Expressionist Prints from the Ahlers collection will be on view at Mitchell-Innes and Nash, May 1 - May 25, 2001. Major Expressionist works are extremely rare, and the appearance of this important collection consisting of over 40 works is an event of international significance. Jan A. Ahlers, whose collection of paintings, drawings, watercolors and prints by leading German Expressionist artists has been widely exhibited in museums throughout Germany, Europe and the United States, has decided to sell over 100 works in all media. On his decision to sell Jan Ahlers says: "I have been very fond of the pictures for a long time, but….new collectors should now be able to enjoy them." Among the icons of Expressionist graphic art to be shown and offered for sale are Max Beckmann’s intense drypoint, Self-Portrait with Bowler Hat, and his major lithograph, The Night from his series, Hell, as well as his most important large woodcut, Group Portrait, Eden Hotel Bar. Works by other artists include Erich Heckel’s color woodcut masterpiece, Standing Child, Fränzi; one of only two proofs of Wassily Kandinsky’s famous woodcut cover design for the Blue Rider Almanach; several of Ernst Ludwig Kirchner’s greatest works in woodcut, including landscapes and figure subjects, among them the Women, Potsdamer Platz and two very differently colored versions of Moonlit Winter Landscape; Emil Nolde’s two classic color lithographs, Young Couple and Dancer, are shown here in particularly effective color variants. And there are wonderful works in woodcut by Franz Marc, Emil Nolde and Karl Schmidt-Rottluff. The sale of the Ahlers Collection is organized in partnership with Dr. Christoph Graf Douglas Kunstberatung, Frankfurt and the exhibition is presented in association with Marc Rosen Fine Art Ltd., New York. For further information please contact David Nash at Mitchell-Innes & Nash 212-744 7400 or Marc Rosen 212-535 5283.