Ferris began the body print series during a residency in 2013. Contrary to the spray-painted abstract canvases for which she is known, the body prints offer an avenue for Ferris to inject herself physically into her work, both as a form of self-portraiture and as an alternate means of mark-making. The artist coats her body, nude or clothed, with oil and presses herself against paper on the floor of her studio. She then covers the impression with powdered pigment. The result is a photographic yet fragmented impression, recalling an X-ray or Xerox copy.

With these new works, Ferris continues to explore painting as a personal index and the literal relationship between the artist and his or her work. Although initially one might point to Yves Klein, in process Ferris’ body prints are more closely indebted to David Hammons and Jasper Johns. Unlike her predecessors, however, Ferris’ body prints reject an easy gendered identification of the body, suggesting a fluid and performative state of gender identity. Ferris highlights the physicality of the process, subtly shifting the position of her body to create impressions that range in tone from static to fluid, defensive to aggressive, and masculine to feminine. The viewer senses the artist’s hand and, in turn, the objecthood of the prints.

Similar to her atmospheric layered paintings, the body prints also display a powerful perceptual depth. The imprints float in hazy compositions that suggest the shadow or memory of the artist, literally and figuratively. As no two prints are exactly the same, each work represents a multitude of forms. Displayed together, the impressions present individual facets of the artist’s identity, both autonomous and dependent. The artist calls into question the notion of seriality and the existence of a true carbon copy. 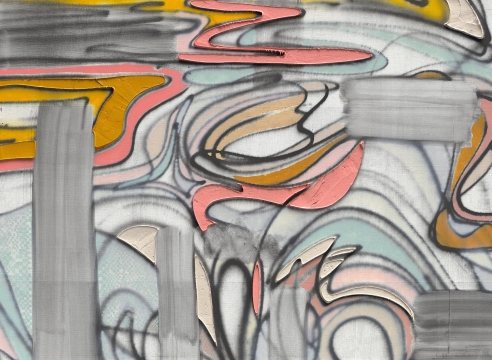 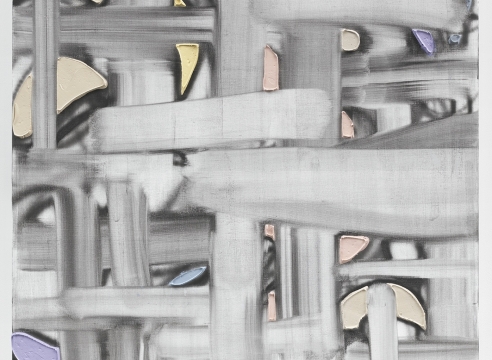 In the past few years, there has been an uptick in an expanded form of painting that presents itself as a hybrid. A few current examples of this tendency include the work of Laura Owens, Keltie Ferris, Rachel Rossin, and Trudy Benson — artists who have explored multi-media paintings that rival sculpture. These works feel constructed as opposed to made, and engage with several forms of tactility, illusion, and physical depth. 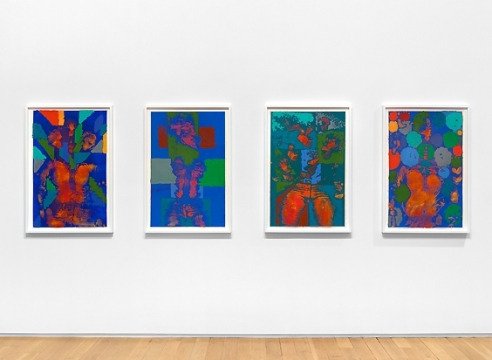 By Samuel Jablon
“It Feels Sacrificial”: An Artist Repeatedly Imprints Her Body on Paper
Hyperallergic April 19, 2017

In these works she literally covers herself in oil and pigment and lies on top of a human-sized sheet of paper. Depending on the print, the designs either obscure or highlight the artist’s gender. “I’ve always been looking for some sort of extremely indexical ‘I am here’ mark to put into my paintings,” she said. 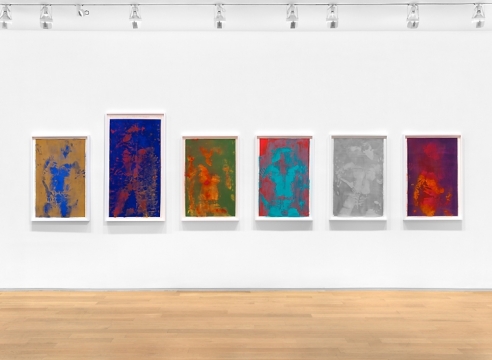 Press
Goings On About Town
The New Yorker April 2017

The Brooklyn artist writes a new chapter in the history of painting as performance—a powerful update of Yves Klein’s infamous use of naked women as blue-dipped brushes. Ferris’s imprints on paper of her own painted form, clad in a button-down shirt and belted jeans, have a cowboyish gender fluidity. The results can evoke Warhol’s iconic Elvis series, especially when Ferris’s hands rest at her hips, as if poised at a holster. In the turquoise-and-crimson “Joan/Joni,” we see a sturdy stance and a blurred head; in “twinKtwin,” the figure is headless and symmetrical, a vision in yellow and silver. The novel self-portraits may surprise viewers who know only the artist’s rambunctious abstractions—they will doubtless earn her some new fans as well. 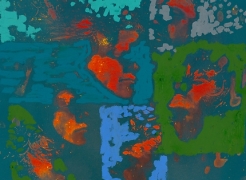 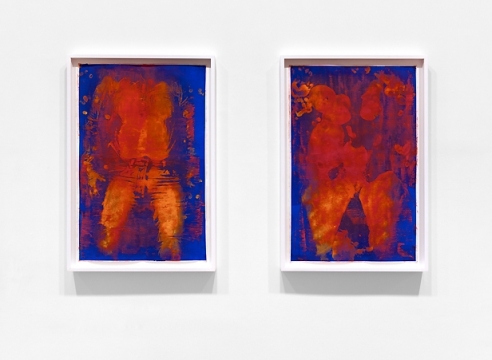 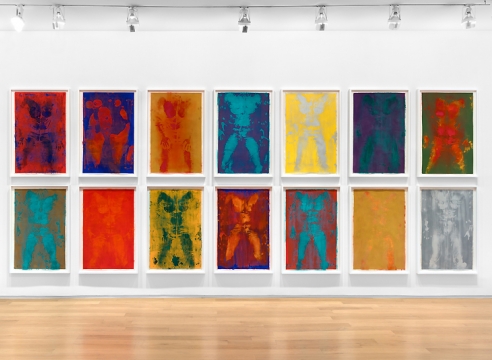 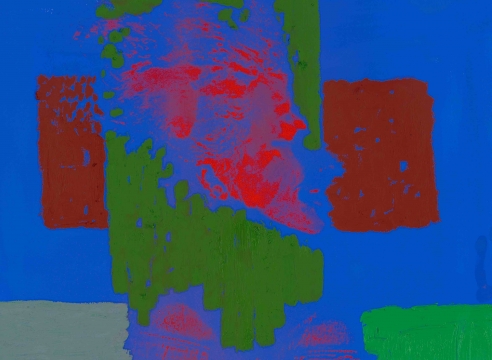 On view are more of the artist's ongoing series of body prints, for which she covers herself in oil paint before pressing against a canvas on the floor. 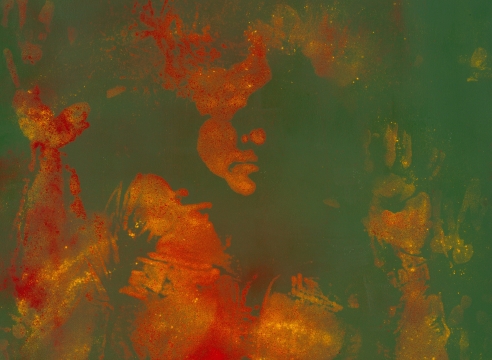 Keltie Ferris’s disorienting, lambent abstractions—like a marriage between Albers and Oehlen, bathed in acetone—become even more physical with her current exhibition at Mitchell-Innes & Nash’s Uptown space. For this grouping of works, started in 2013, the artist made prints from her body. Creases from clothes and flesh show up in these strange and playful images, Shroud of Turin–like. 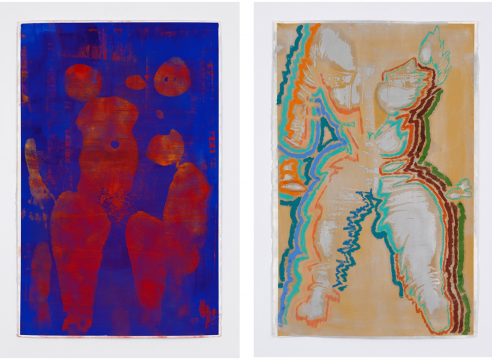 Ferris creates her “Body Prints”—which recall the works of David Hammons, Jasper Johns, and Yves Klein—by applying oil to her own body (clothed or nude) and pressing herself onto paper on the floor of her studio. A stark contrast to her well-known abstract, spray-painted works, these prints retain a sense of self-portraiture that transcends gender identity, presenting fluid, dynamic bodies that provoke questions of artmaking and representation. 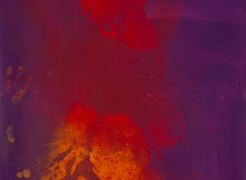 BY The Editors of ARTnews
9 Art Events to Attend in New York City This Week
Artnews March 27, 2017

Keltie Ferris may be better known these days for her digital-looking abstractions, but this show will give her body prints a proper showcase. To make them, Ferris—sometimes clothed, sometimes not—covers herself in oil and presses her body against a canvas. The result is a figure whose gender is ambiguous, with an unreadable expression to boot. Drawing on a history of body printing that includes Jasper Johns and David Hammons, Ferris explores the connection between a painter and her canvas. How much Ferris’s identity comes through in the final product is always a point of inquiry.