ROY LICHTENSTEIN
Reflections: Sunday Morning
1989
Magna and oil on canvas
64 by 121 in.
© Estate of Roy Lichtenstein

ROY LICHTENSTEIN REFLECTED September 9 – October 30, 2010 For Immediate Release New York, August 16 - Mitchell-Innes & Nash is pleased to announce Roy Lichtenstein Reflected, on view in the Chelsea gallery from September 9 through October 30. Comprising a dozen paintings dating from the early-1960s through the 90s, the exhibition will focus on reflections, mirrors and doubling as a career-spanning motif in Lichtenstein's work. This will be the gallery's fourth solo show of the work of Roy Lichtenstein.

Throughout his career, Roy Lichtenstein challenged the idea of authorship in ways that were both humorous and sophisticated, with paintings that reflected – and reflected on – popular imagery. Mirrors and doubles began to appear in his paintings as early as 1961. His engagement with reflection took a literal form in the Mirror series from the 70s, which mimicked the look of commercial mirrors. The Reflections series of the late-80s brought together strategies of appropriation with painterly notions of fragmentation. In these works, several of which will be on view, Lichtenstein often used his own early work as subject matter, fracturing the composition with abstracted mirror-shards.

The series played on the dual meanings of reflection – both appropriative and optical. In the Interiors of the 90s, Lichtenstein painted pictures within pictures, using his own past works as compositional elements and often depicting a reflective surface to further complicate the chain of reference.

Roy Lichtenstein Reflected is organized with the support of the Roy Lichtenstein Foundation. The exhibition will be accompanied by a fully-illustrated catalogue with texts by art historian Graham Bader and painter David Salle. Reflected will coincide with a major exhibition at the Morgan Library and Museum in New York: Roy Lichtenstein: The Black-and-White Drawings, 1961–1968 will be on view from September 24, 2010, through January 2, 2011. It will include over forty-five drawings borrowed from museums and private collections throughout the United States and Europe.

The exhibition will travel to the Albertina Museum in Vienna in 2011. Also on view this fall will be Roy Lichtenstein: Kunst als Motiv at the Museum Ludwig in Cologne. A major survey of Lichtenstein's work organized jointly by the Art Institute of Chicago and the Tate Modern in London is scheduled to open in Chicago in 2012. Listings Information Mitchell-Innes & Nash is located at 534 West 26th Street. Tel: 212 744 7400 Web: www.miandn.com Opening Reception Friday September 10, 6-8 pm Press contact: Mamie Tinkler mamie@miandn.com 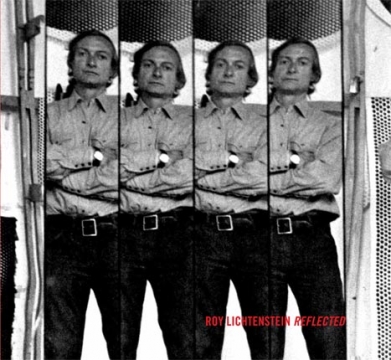